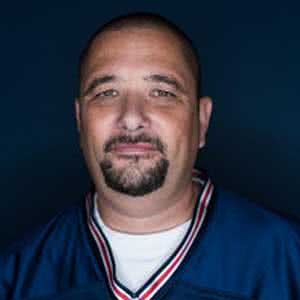 Winning Poker Network CEO Phil Nagy stated recently that deposits and withdrawals via cryptocurrencies account for 60% of the action at WPN sites that include Americas Cardroom and Black Chip Poker, up from just 2% three years ago.

WPN is at the forefront of poker networks that allow players to deposit and cashout using Bitcoin and other altcoins. More than 60 different cryptocurrencies are accepted at WPN, by far more than any other poker rooms or networks take on.

At the helm of WPN operations since 2011, Nagy is totally sold on crypto coins and blockchain technology, telling IGB Live that cryptocurrency can and will revolutionize how we all do business in the future. His network was among the first to adopt Bitcoin in facilitating transactions.

Nagy cited the many advantages of payment processing via virtual currencies. The benefits include speedier and less costly transactions.

The CEO tossed around numbers such as 13%-22% fees attached to credit card usage and 9%-12% when moving funds with Western Union or MoneyGram. The costs associated with cryptocurrency transactions are about 3%.

Another advantage of dealing in crypto coins instead of credit cards is that no money is lost in chargebacks. Players who make a deposit by credit card and lose the money at the tables will sometimes stop payment after the bill arrives. As an unregulated US-friendly poker network, WPN has little recourse of collecting in such instances.

Yet another bonus of cryptocurrency usage is larger deposit limits. That’s likely more important to high rollers, and not as much for recreational players. However, Nagy stated that cryptocurrency users tend to deposit more on average.

While the advantages of using cryptocurrency as a poker room operator are many, of course there may be a few disadvantages as well. There is the threat of fraud and money laundering, with many critics believing that Bitcoin attracts the criminal element due to its near anonymity in conducting transactions. Perhaps the biggest concern is the volatility in price fluctuation that Bitcoin and other altcoins are subject to.

WPN has taken steps to deal with that issue to keep from taking a big loss should the cryptocurrency market take a huge dive in the future, as some so-called experts have predicted. However, it works both ways when it comes to the current rate of Bitcoin and other virtual currencies. The price can go up as well, as we saw just a few months ago when the value of one Bitcoin reached almost $20,000.

While it may not actually fall under the category of a disadvantage or drawback, it has taken a considerable effort on the part of WPN to educate players on how to become a Bitcoin or crypto user. The poker network has devoted plenty of content via blogs and videos to educate the masses on making deposits and withdrawing in cryptocurrency.

Nagy called it an uphill battle at times, but the end result of 60% crypto coin usage is quite impressive. It’s likely that the percentage of virtual currency users at WPN and other poker and gambling sites will continue to rise in the future as adoption among the mainstream deepens.