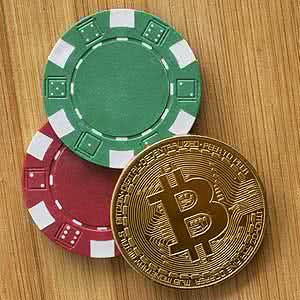 One of the biggest reasons that some players have turned their backs on online poker is the lack of trust regarding safety of funds. That fear is eliminated with the advent of blockchain technology and smart contracts that remove online poker operators from the role of payment processing.

Let’s face it. Online poker history is replete with instances of players losing their money to poker rooms that either ran off with the cash or mismanaged the funds entrusted to them by players.

Lock Poker and Full Flush Poker are two of the most recent examples in which players lost tens of millions of dollars. But the problem actually goes way back to 2001 when PokerSpot left players holding the bag for almost half a million in cash.

Add to that the debacle of Black Friday in 2011 when the US government seized the domains of the major poker sites catering to American players and the resulting realization that Full Tilt owners so badly mishandled player funds and its no wonder some players have become jaded toward online poker. At least all players were eventually reimbursed for their losses with regard to Black Friday.

But the days of fear of losing funds to shady operators may soon be over thanks to the 2018 buzzwords of cryptocurrencies, blockchain technology and smart contracts. Crypto poker sites employing the use of all three will no longer be in charge of player funds, removing the operators from the equation and keeping all financial transactions between the players themselves.

A blockchain can best be described as a digital ledger that records transactions over a network of computers without a centralized third-party or authority such as a bank holding control. Fraudulent activity or tampering is impossible, as the computer network rejects any transactions that don’t jibe with the rest.

A person who wants to transfer (or pay for a product or service) cryptocurrency such as Bitcoin to another person simply submits the transaction over the network via their personal wallets. The transaction is then verified, with network computers updating the ledger accordingly.

Without a middleman or bank involved in the process, funds are completely safe and secure. An added benefit is the reduction in cost, as no third party receives a fee for payment processing services.

Bitcoin was the first of the cryptocurrencies to use the blockchain. There are now hundreds of other altcoins such as Ethereum and Ripple employing the same technology. The use of blockchains doesn’t begin and end with cryptocurrencies, however, as the technology can be utilized for anything that holds value.

The Ethereum blockchain expanded on the groundwork laid by the Bitcoin blockchain by creating smart contracts that function as self-executed agreements between buyers and sellers. The contracts control how transactions are processed and can also include future transactions to be completed at some point in time agreed upon by the parties involved.

The poker site never actually touches the money, acting rather as a host for the tournament, with the rake or fees for entering the event sent to the wallet of the poker room as agreed to in the smart contract. Players will never deposit funds onto the poker site, relying instead on the impenetrable blockchain for safety of funds.

For cash games, the smart contract works in virtually the same way. Players agree to sit at a table with their preferred or agreed upon amount of funds to play with and under the parameters of the table rules with regard to bet sizes and game type, etc. Upon leaving the table, any money won or whatever funds remain will be sent back to that player’s digital wallet. The blockchain ensures that all transactions are traceable and irreversible.

Several poker sites have begun using blockchain technology and smart contracts, as well as their own virtual currencies. CoinPoker, Virtue Poker, Acebusters and Cryptonia Poker are all in various stages of production and launch, aiming to revolutionize online poker in so doing.

The new poker rooms hope to win players over via blockchain technology and smart contracts. Players will no longer have to rely on faith that the poker sites will take good care of their funds and pay out winnings when necessary. The sites are never actually entrusted with players’ money – the players themselves control all transactions.