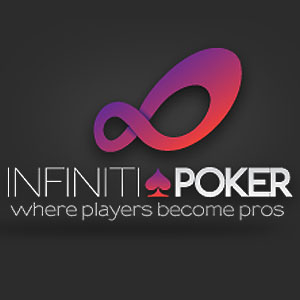 Infiniti Poker, a new U.S.-facing poker site that features Bitcoin (BTC) as a payment processing option, has announced it has soft-launched for real-money.

Currently, the virtual tables at Infiniti Poker are restricted to cash games. The site’s hard launch is scheduled for January 1, 2014, at which time SitNGos and multi-table tournaments (MTTs) will be introduced. Also ringing in the new year will be the upstart poker room’s player loyalty program.

There are currently no first-time deposit bonuses or VIP rewards on offer during the December soft launch. But players who do deposit now will be eligible to avail themselves of such promotions upon the hard launch in 2014, with player points accrued in December counting toward rewards. The promotions slated for the hard launch include lifetime rakeback of 50% for early depositors and a matching deposit bonus.

Infiniti Poker has been in development for roughly two years. The site will feature “Infinivision,” which allows players to see their opponents via webcam. During the soft launch, Infinivision will be restricted to play-money tables.

The site is licensed in Costa Rica, with the parent company headquartered in Canada. Oddly enough, Canadian players and those in a few other countries with strict regulations regarding online poker will not be able to log on during the soft launch. Canadians will be able to play eventually, after certain legalities are ironed out.

Players in the U.S. are welcomed, but can only process deposits and withdrawals via Bitcoin. In order for players to deposit, an e-wallet must be established and Bitcoin purchased from a third-party Bitcoin exchange. Once that is accomplished, merely click on the Bitcoin deposit option at Infiniti Poker to begin playing.

Player accounts will be credited in U.S. dollars and that is the currency used on the poker tables. U.S. players will be competing against players throughout the world who may have used other deposit options, in addition to Bitcoin, to fund their online accounts. Non-U.S. players can only withdraw via Bitcoin at this time, but other cashout options will be available in coming weeks.

Bitcoin has been gaining recognition as an acceptable digital currency. It is not regulated by any countries or banking institutions, which allows for nearly-anonymous transactions. The virtual currency’s value has been quite volatile lately, earlier this month surpassing the price of an ounce of gold for a short time. As of this writing, one BTC is trading at $907.

Texas Hold’em, Omaha and 7-Card Stud will be available at Infiniti Poker. Currently in development is Open Face Chinese Poker. OFC has been quite popular among big-name pro players, so it’s conceivable that some top pros might find their way to the tables at Infiniti Poker.